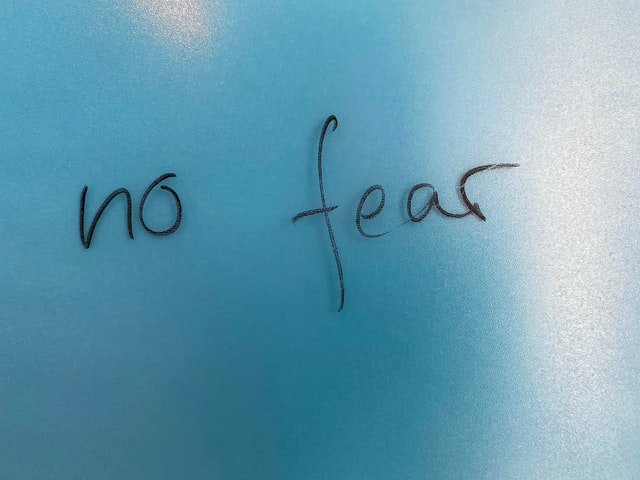 Have you ever made plans and internally set a goal? Maybe it was around weight loss or starting your own company. Either way, as the time to begin got closer and closer was there any second guessing? Some people hear a voice in their head telling them they aren’t good enough or ready for attempting whatever plans you have made. Instead of challenging those voices and or thoughts they may just give up and or make excuses as to why the plans were dumb or not feasible. The issue isn’t the thoughts, it’s your unwillingness to step outside of what is comfortable. Tony Robbins said, “Change happens when the pain of staying the same is greater than the pain of change.” I agree 100%. Change often is scary, but necessary. Take a minute and think about a time when you made plans and even though you may have been nervous, followed through with the plans and were glad you did. Now, take a minute and think of a time you made plans, ditched them and how did you feel? Any guilt, disappointment or frustration with yourself? My point is not to make you feel bad about yourself, I know no one needs someone else to do that as we tend to be our worst critic. The point is we are our worst critic and the voice we hear telling us to stop is actually trying to keep us safe believe it or not. Safe in the sense of not doing something new. Have you watched the movie, The Croods? Remember the dad, Grug, he would say in the first movie how anything new or different was bad and would likely lead to death. While he was trying to keep his family safe, they eventually ventured outside of the safety of the cave and found new opportunities. You too need to venture outside of your comfort zone and challenge yourself to new opportunities. I tell clients, if you worry that is a cue to plan, so plan for how you will handle and manage your worries, don’t ditch the plans.

So, what are some things you’d like to do with this newfound freedom that you’ve created? Will you be asking that special someone on a date? Apply for that job you’ve had your eyes on? Prepare for the marathon you’ve contemplated running? Whatever the plans you can do it, just don’t buy into every thought that comes to mind. One way to challenge your thinking is to imagine standing in a courtroom, you are the Judge and there is a jury. In regard to your worries, what evidence is there to make them true? For instance, let’s say you want to ask this person out but your nervous and worry they will laugh at you or just plain shoot you down. What evidence do you have that either will happen? Or if you’re planning to run a marathon and you’re thinking you will never finish, what evidence do you have to this point? Most times, the answer is none. Often times people will make assumptions but not have evidence see there is a big difference. Assumptions are not based in fact whereas evidence is something you can prove. So go on and make plans, they can be whatever you want. The key is to plan and when you worry, plan.

Not so long ago, I made plans to start my own private practice. I’d be lying if I said this has been easy. For many years I worked in community mental health with plenty of clients and work to do. Suddenly, I had to figure much of it out on my own. Here I am a year later in private practice. Many times, I thought about going back to what I had done. The problem is that was not safe nor comfortable. The discomfort was greater than the comfort. There are still times I need to look at the evidence and show myself that I’m not failing and to challenge assumptions and or expectations. Because I am the one who created those, and I need to be the one to challenge and move beyond them if I am going to do the things that give me and my life meaning.

You and me not, us. We tend to lose our independen

What’s your fight plan when you and your partner

The real issue messing up your relationship isn’

Self-regulation can lead to a relaxed body. A rela

I love the work I do and would like the opportunit

Two new blog posts on my practice site. The first

Brian would love to talk with you!  Please complete the form and he will get back to you as soon as possible.